How to play basketball offense - Description of team positions 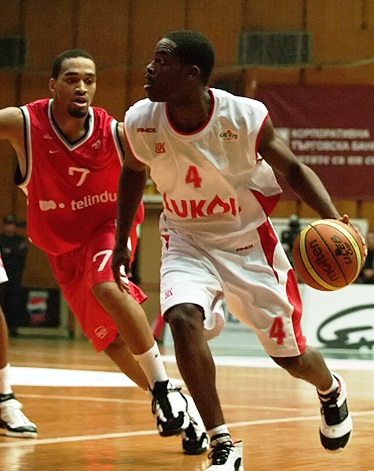 Over the years, as shooting, passing, and dribbling have become more sophisticated, offensive alignments have changed. They probably will continue changing in the future. Rule changes often dictate this. For example, take the three-point shot. This is changing the philosophy of a lot of coaches. Previous to the three-point shot, big men were dominating the game. Teams constantly looked for ONLY a close-in shot. As a result, most defenses packed back in tight. The three-point shot is changing all this. This new rule has opened up the game. Defenses must come out. It is quite common to see coaches using 3 and 4 guard offenses. Some of them even have their offensive teams and defensive teams, substituting freely to suit the particular need.
Fundamentals, however, remain much as they were 40 years ago. Things that worked then, still work today. The terminology used to describe offensive alignments are different than they were 40 years ago. Some team offenses have evolved so that every player must be able to play at any and all positions. The flex offense is an example. Yet, this type offense is over 30 years old. Us old timers called it "the shuffle." In either offense, the center often finds himself out at a guard position. This type offense is well suited for today's rules; however, adjustments are made to fit the abilities of available players. High school coaches always have to adapt. College coaches simply recruit the players to fill a void. Regardless, the level of play, specialized players still perform specific roles within the context of the total team.
In this chapter I would like to define the offensive responsibilities of every position on the court. Then, show you how to prepare yourself mentally, so you can get the best out of your position. After that, we will learn the importance of playing offense as a team, not as a collection of individuals.

The Center
The center, along with the point guard, is easily the most important player on the team. Normally, he is the tallest player on the floor. The qualities he must possess are: He must have quickness. He must be an aggressive rebounder and lead the way in blocked shots. He needs to be a little arrogant with a streak of meanness. He is king of the paint. He must prove by his manner and actions that this territory is his. He must be a dependable scorer at short and mid range. He must be adept at the power lay-ups, with and without shot fakes, from both sides of the basket. He needs to develop a short hook and jump shot. He must have defensive leadership, always talking to his teammates. He must be a good passer and be able to see the floor and hit the open man if his shot is not there. He must be able to read how he is being defended and to take advantage of this when he is posting-up. He must have strong hands, good upper body strength, and good jumping ability.

The Small Forward
The small forward is the most gifted player on the team. He should possess the following characteristics: He must be quick and fast. He must be an adequate rebounder. He must be a good passer. He must be able to play defense anywhere on the floor. Most of all he must be a good scorer, capable of shooting from anywhere from the wings, around the key, and under the boards. The best of these, can score at will, and simply take control of the game with their exceptional athletic abilities. He must run the length of the floor on fast breaks.

The Power Forward
Like the point guard, the power, or strong forward, does not receive much recognition. Usually, if he's doing his job well, his role as the player doing the "dirty work" is taken for granted. He must possess the following: He must be a solid rebounder, both offensively and defensively. Along with the center, the power forward controls the area inside the key. Many of their characteristics should be similar. He must be an adequate passer. He must be an adequate scorer. He must be a "gutsy" dribbler and a hard driver. He must be a good runner and able to go the entire length of the floor on a fast break. He must stand up to the opposition at both ends of the court. In basketball parlance, he is known as the "enforcer."

The Sixth Man, or Role Player
At all levels of basketball, the sixth man has become something of an elite figure. He is the guy who has set aside his ego so that he can come off the bench at a moment's notice and fall right into the flow. He's able to do whatever is necessary to help his team win. Sometimes his role calls for him to score, play exceptional defense, or a combination of the two. Sometimes, he is meant to add rebounding strength. Whatever he's capable of doing, the sixth man is an important component to the game. He satisfies his coach's quest for an advantage, particularly when the game is close. He's a spark plug, capable of picking up the tempo when play gets sluggish. Since he doesn't start the game, the sixth man must study the game tempo and prepare himself mentally so he is able to adjust to flow of the game the moment he steps on the floor. More than anything else, he gives his team quality minutes when he plays. His coach, then, must know the sixth man's capabilities and limitations. Furthermore, he must know how long the sixth man can deliver these quality minutes before losing his effectiveness to the team.

Mental Preparation
Give or take a few percentage points, basketball is 80 percent mental preparation and 20 percent physical. Sure, God packs more ability into some player's 20 percent than others. But, from the mental preparation aspect of the game, the percentage is equal. There are as many ways to prepare mentally for a basketball game as there are players. A few of these follow: Some players go into a deep silence before a game, preferring to focus on the upcoming game. Some enjoy jabbering to everyone in sight, listening to music, and staying loose. Others choose somewhere between the first two. As long as it helps you to play well is all that counts. Your mental preparation should be to your own taste. Use one that works for you. After preparing yourself mentally for a game, the concentration needed for actual play is another matter. Basketball is such a fast paced, emotional game. Decisions are made in split seconds. A player can lose his concentration at anytime. To play the game effectively, you must block out everything around you, except the following: The action on the court. Your coach's plan for that particular game. Once you have your game face, be all business on the floor. Never let an official or an opponent upset you. This breaks your concentration. This is often called, "Playing under control." Stay cool and be a "team player." We have all seen teams with one dominant player who goes for the bucket every time he gets his hands on the ball. Oh, he may get his points in the game; but, his teammates won't. More likely, than not, the team, scorer included, loses. The point is you can maintain a respectable scoring average. At the same time, you can help your teammates maintain theirs and win the game. Remember to play as part of the team. Stay cool! Stay calm and concentrate. You will get your points in the course of a game. 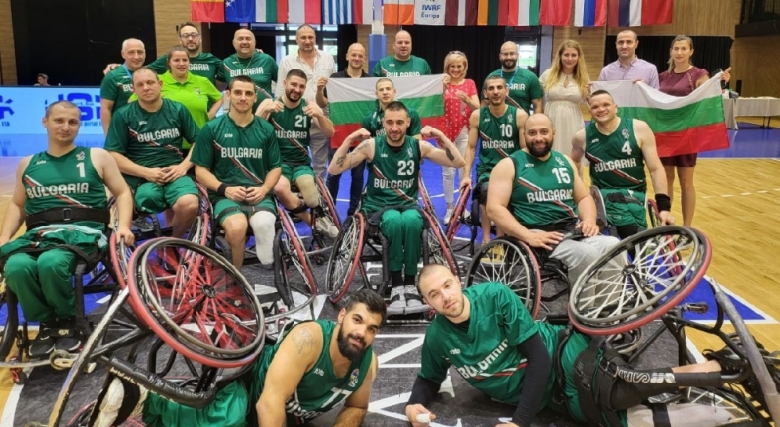 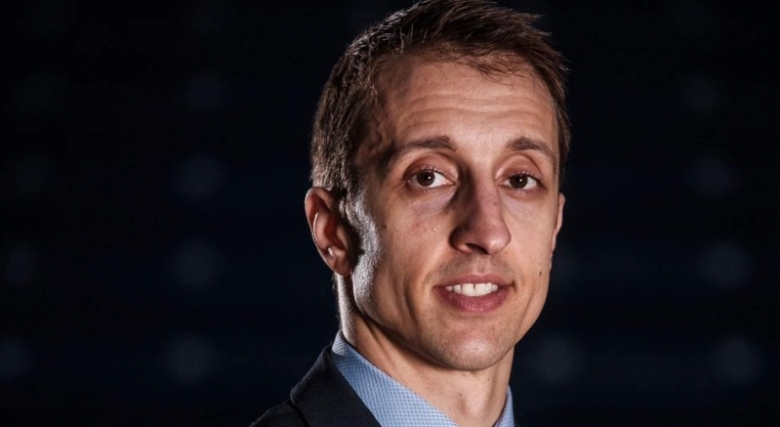 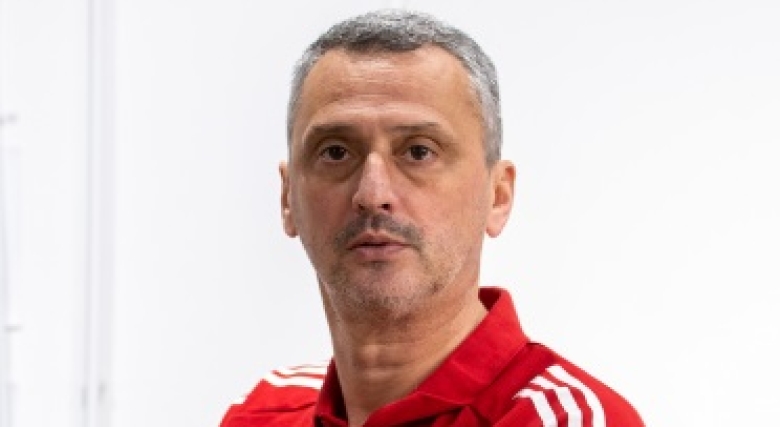 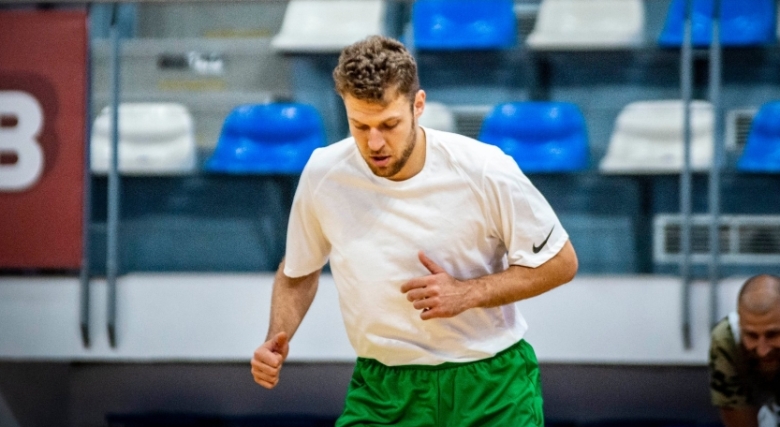